Jason Dastou, Epcor site manager, was appreciative for the training visit. They covered maintenance of the ARI D-060 and other ARI air release valves in the Epcor Strathmore system during Joel’s visit.

The guys had positive remarks on the meeting [with Joel],” writes Jason. “Two of our three team members are relatively new to the industry with only a couple years experience, so this gave them more confidence with the products they’re responsible for. I am sure other Epcor sites would find the same value.” 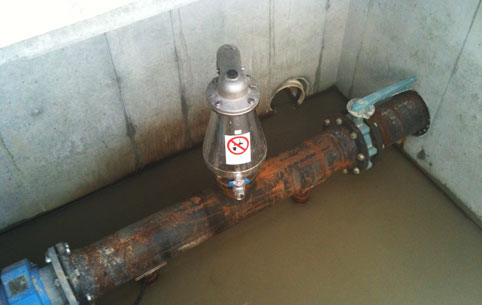 infraStruct is Canada’s master distributor of ARI air release and combination air valves. Municipalities and water service utilities use air valves on their pipelines to add or release air to the flow in the pipe. Having the right amount of air in the line prevents collapse, air-blocked lines and leaking.